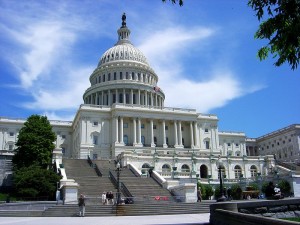 Just one week removed from Republican Scott Brown’s lopsided win in the Massachusetts Senate race, healthcare reform is more confusing than ever.  The administration has vowed to press ahead with healthcare legislation, while opponents of the bill are urging President Obama to simply start over.

According to the LA Times, White House senior advisor David Axelrod said that the “president will not walk away from the American people, will not hand them over to the tender mercies of health insurance companies who take advantage of them.”  Equally strong words were issued by Senate Minority Leader Mitch McConnell of Kentucky, who counters that “what we need to do is start over and get it right.”

Both Republicans and Democrats continued to dispute the message and effect of Scott Brown’s win last week. The loss has shaken Democrats, who lost a Senate seat entrenched in the Democratic Party for nearly 50 years, but don’t see the loss as public disapproval of the health care bill, as Republicans do.  Senator Jim DeMint, a South Carolina Republican and a vocal opponent of the healthcare plan, said that “Massachusetts was a rejection of the president’s massive policies of spending and debt.”

Obama’s 2008 campaign manager, David Plouffe, wrote in a Washington Post op-ed that Democrats must “pass a meaningful health insurance reform package without delay.”  But according to McConnell, “Republicans want to start over on a bipartisan basis with legislation that would reduce malpractice lawsuits and allow individuals to deduct the cost of their coverage from their taxes the way corporations can.”  So the existing legislation, “with its huge price tag, is a nonstarter,” he said.