What to Expect in the Final Health Care Reform Bill 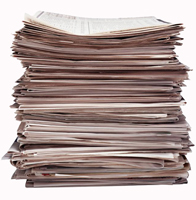 While we’ve been inundated with reports on health care reform and the bill currently making its way through the Senate, there has been much confusion on which items will stay in the bill and which will be scrapped.  And since C-SPAN was never allowed to film negotiations, despite the administration’s promise to keep deliberations open to public scrutiny, reform proceedings have remained veiled.  But The Associated Press has pulled together details that have begun to filter out of the final negotiations.

-Subsidies to help middle-class households purchase coverage through the exchanges.

-Consumer protections that prevent insurers from denying coverage to   people with medical problems.

-A government-operated health insurance plan to compete with private carriers.

-Counting the value of dental and vision benefits in figuring the insurance tax,

-Stiff payroll taxes on companies that do not provide health insurance to their workers.

Of particular note is the exclusion of a government-operated plan, the so-called “public option” that President Obama and his administration lobbied for.  But its exclusion is mitigated by the possible inclusion of private insurance plans sponsored by the federal government, as well as the establishment of health insurance “exchanges,” which would be regulated in part by the federal government.  Regardless of which items make the final cut, get ready for the government to play an unprecedented role in our health coverage.