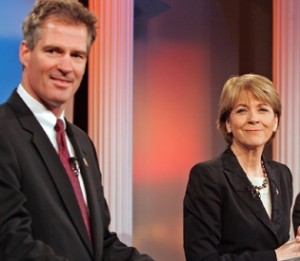 Today Massachusetts voters head to the polls for a special election to vote for their new Senator, either Democrat Martha Coakley or Republican Scott Brown.  Few people expected Brown to put up much of a fight, as Democrats have enjoyed a firm hold on the state’s Senate seats for decades, but it’s become a very close race.  And the result holds political significance outside of just Massachusetts.

If Brown wins, Democrats will lose their 60 seat majority in the Senate, which would deny them the 60 votes they need to push health-care reform through the Senate without support from Republicans.  The health care bill has remained a very partisan bill, so it’s unlikely that Republicans would vote in favor of the bill, effectively putting an end to the legislation in its current form, and possibly ending health care overhaul in general.

At a time in which the centerpiece of the administration’s agenda is pending this special election in Massachusetts, the election has become a barometer for public opinion; essentially, if Massachusetts’ voters don’t like the health care bill, electing Scott Brown is their way to keep it from passing through the Senate.