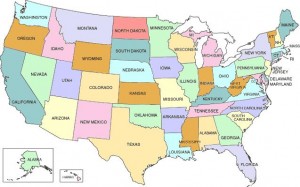 As the push for health care reform has stalled since the election of Republican Scott Brown in Massachusetts, conservative lawmakers across the country are advocating constitutional amendments to ban government health insurance mandates.

The mandates in question, separate bills passed by the U.S. House and Senate, would impose fines on people who elect to go without health insurance.  Their aim is to expand the pool of insured citizens by making coverage mandatory, which could help to offset the high costs of insuring those with preexisting conditions and more serious health care needs.  But those wanting to ban such mandates believe that the federal government has no authority to force citizens to purchase anything, including health insurance.

The Associated Press reports that according to the American Legislative Exchange Council, “legislators in 34 states have filed or proposed amendments to their state constitutions rejecting health insurance mandates.”  In many states, “the proposals began as a backlash to Democratic health care bills in Congress.  Instead of backing away after a Massachusetts election gave Senate Republicans the filibuster power to halt the health care legislation, many state lawmakers are ramping up their efforts with new enthusiasm.”

So while federal health care legislation has slowed, conservative state legislators have stayed busy, trying to thwart the Democrats’ efforts to force coverage upon Americans. “We need to move ahead no matter what kind of maneuvering continues in Washington, D.C.,” said Missouri Senator Jane Cunningham.