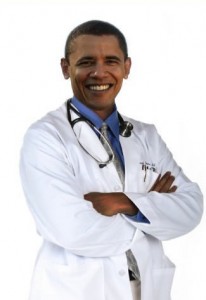 The year-long health care reform debate and political maneuvering has finally culminated into the Obama administration passing its health care bill.  And since the 2,700 page bill was too unpopular to pass through traditional legislative means, the Democrats used their majority and a political tactic called reconciliation to jam the bill through Congress without any Republican support. In the final roll call, no House Republican voted for the bill, and 34 House Democrats voted no.

In all my years working in the Texas health insurance industry I cannot recall a more unpopular, ill-conceived and financially irresponsible bill passing through Congress.  The magnitude of this legislation is unprecedented in terms of an American government’s exertion of power over its people and its display of “we-know-what’s-best-for-you” arrogance.  Even worse, the idea that this version of health care reform will improve coverage and access to coverage while reducing costs is simply not true, if not totally comical. How can the government add 35 million people onto the health rolls of the already overburdened emergency rooms and amid a serious doctor shortage without  long waiting lines and rationing?  If this is what change looks like, then Mr. Obama, you can keep it.

All figures of cost savings used by Obama and his administration come from the Congressional Budget Office (CBO), which conducts its analysis in a vacuum.  For example, the CBO must tally all assumptions from the health care bill, reasonable or not, including the ridiculous notion that $500 billion in savings will be gleaned by reducing “fraud and waste” from Medicare.  The government uses this large sum, and several others, to counteract its spending, thereby reducing the stated cost of health care reform.  It’s a way for the government to hide hundreds of billions of dollars of spending from the American public.  Upon removing such gimmicks, the former director of the CBO predicts deficits of $562 billion over the first ten years.  So rather than reduce the federal budget deficit, the overhaul of our nation’s health care system will push us further into a hole from which we may never resurface.  Many pundits feel that this will be the final nail in the coffin that bankrupts our country, and I happen to agree.

Equally as intimidating as this financial burden on us and future generations is the blatant infringement on our personal liberties.  By passing this bill, Congress is effectively mandating that all Americans must purchase health insurance, or be subject to a fine.  Forcing people to buy insurance is unprecedented, and arguably unconstitutional.  Our government has always taxed us on things we do buy, like cigarettes or automobiles, but taxing us on what we don’t buy?  That’s a frightening, slippery slope.

ObamaCare by the Numbers

John Goodman, president and CEO of the National Center for Policy Analysis, pokes some holes in ObamaCare, including the notion that, as Obama has repeatedly stated, people who like their insurance plan can keep it.  But the Lewin Group, a health care and human services policy research and management consulting firm, estimates that 19 million people will lose their employer plan.  And more than eight million seniors are predicted to lose their Medicare Advantage plan, according to the Medicare Chief Actuary.

And what about reducing cost burdens on individuals and families?  Insurance companies estimate price increases ranging from 54 percent to 111 percent for individuals, and the CBO predicts a $2,100 increase in insurance premiums for the average family.

This isn’t health care reform.  It’s health care overhaul.  And it just might be the biggest abuse of government power I’ve ever seen.