The True Cost of ObamaCare 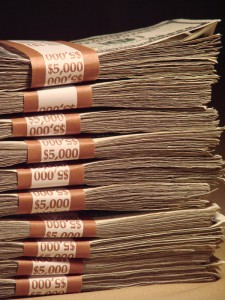 It’s no secret that ObamaCare is going to be expensive.  And it’s no secret that cost estimates provided by the Congressional Budget Office are laced with hopes and dreams rather than common sense and responsible accounting.  But until now, most critiques of Obama’s health care reform legislation have come from republicans and concerned citizens.  Changing that is Rick Foster, the Chief Actuary of Medicare, a division within the nonpartisan Department of Health and Human Services.

Foster’s report details the costs, savings and coverage impacts expected as a result of health care reform.  The findings, which refute the Administration’s claims regarding improvements in care, cost savings and coverage, are not startling to most independent health care economists, but it’s surprising and refreshing that this 38 page report comes from a respected agency within the federal government.

John Goodman of the National Center for Policy Analysis provides some key summaries taken directly from the Actuary’s report:

Health care costs will increase, not decrease
National health expenditures will increase from 17 percent of GDP now to 21 percent under the new law and will be higher than without the legislation. Net federal spending on health care will also increase.

Expect health care shortages
Because of the increased demand for health care, “supply constraints might initially interfere with providing the services desired by the additional 34 million insured persons.”

14 million employees will lose their employer coverage
Under the new laws, many employers can save money by dropping their sponsored plans.  Employees of small firms are especially at risk.

A Medicaid insurance card is not a guarantee of care
An estimated 18 million people will be added to Medicaid, but because there is no corresponding increase in the supply of caregivers, “it is reasonable to expect that a significant portion of the increased demand for Medicaid would be difficult to meet, particularly over the first few years.”

Higher taxes will lead to higher premiums
The new taxes on medical devices, prescription drugs, and insurance plans “would generally be passed on through to health consumers in the form of higher drug and device prices and higher insurance premiums.”

That’s just a taste of what we can expect from ObamaCare, a massive piece of legislation that 58% of Americans want repealed.  It will be interesting to see the impacts felt by our country as these reforms roll out over the next few years.  Millions of Americans will experience cost and tax increases, and millions more will notice a reduction in the quality of their health care, so do what you can to prepare yourself and your family.