469-361-4032
You are here: Home / Health Insurance News / Companies Finding It Less Expensive To Drop Coverage And Pay A Fine 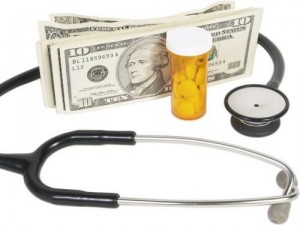 During Obama’s posturing for health care reform, one of his biggest sound bites was telling us that, if we like our current Texas health insurance, we can keep it.  It was a recurring statement meant to sooth some fears regarding such a massive overhaul to our health care system.  And while it may be true that the government won’t technically restrict us from continuing with our preferred health insurers, the reality is that some employers will simply end our coverage.

Under the new laws, many employers can save money by dropping the Texas health insurance plans they provide to their employees.  Rather than subsidize comprehensive group plans, employers can encourage their workers to find their own health insurance through the government-run exchanges.  This will result in fines for companies with more than 50 employees, but the fines are expected to be significantly smaller than the cost of keeping a workforce insured.

The Dallas Morning News reports that, “in the case of Dallas-based AT&T Inc., the move could mean saving billions of dollars per year.”  AT&T paid about $2.4 billion last year in health insurance costs for its 283,000 workers.  If the company were to push all those workers onto government subsidized exchanges, it would only have to pay an annual penalty of $600 million. Those are some serious savings for the company, which employs more than 14,000 workers in the Dallas area alone.

And the ramifications of the new health care law may become a big issue for taxpayers as well.  According to calculations by Fortune magazine, “if half of all people covered by company plans get bumped to the exchanges, it would raise the price tag of the new law by $160 billion a year.”  So adding insult to injury, it’s likely that we’ll have to pay a premium for losing our preferred Texas health insurance plan.