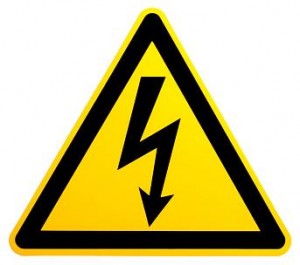 Health care reform has already caused mass confusion, and now scam artists are capitalizing on consumer uncertainty and making matters worse.  Unscrupulous individuals and businesses are offering fake Texas health insurance to the unsuspecting public.  Cases seen to date include nonexistent companies soliciting insurance and insurance being offered by companies not authorized to operate in Texas.  In April alone, 26 cease and desist orders were issued against entities engaging in such practices.

According to the Dallas Morning News, Kathleen Sebelius, U.S. Health and Human Services secretary, said in a letter to state insurance commissioners:

“Unfortunately, scam artists and criminals may be using the passage of these historic reforms as an opportunity to confuse and defraud the public…Media accounts indicate that fraudsters have gone door to door selling phony insurance policies,” she wrote. “Some have attempted to make dishonest profits by urging consumers to obtain coverage in a nonexistent ‘limited enrollment’ period that they falsely claim was made possible by the new legislation.”

Since these fake Texas health insurance plans are not backed by financial reserves, the insurers in question likely have no ability or desire to pay claims.  Consumers swindled by these scams may be left without insurance in a time of need.  To protect yourself from fraudulent insurance schemes, regulators have warned people to be wary of anyone claiming to be with the federal government and trying to sell you insurance.  Texas health insurance policies are sold and issued by companies, not government officials.  And be alert to sophisticated sales pitches. The Morning News notes that in some states, fraudulent sales representatives are attempting to sell a bogus product called an “ObamaCare Insurance Policy.”

Unfortunately, scam artists will always attempt to make a buck at the expense of confused consumers, so do what you can to protect your health and keep your finances secure.  If you have questions about health care reform, or need to obtain insurance, work with a licensed Texas health insurance broker, or contact a reputable, well-known health insurance carrier in your state.