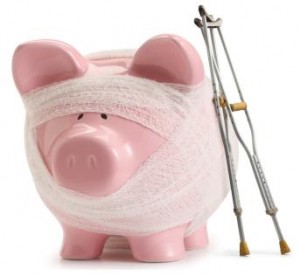 Despite the administration’s promise that health care reform won’t impede someone from keeping his preferred Texas health insurance plan, the reality is that millions of Americans will be forced to switch plans.  Some will lose their coverage simply because it’s cheaper for employers to pay fines than to maintain subsidized health plans for employees, while others will lose plans that an overly regulated market can no longer support.  Such is the case for Texas health savings accounts, which may be another casualty of ObamaCare.

Health savings accounts are the fastest growing health insurance option in the country, swelling in number from one million accounts in 2005 to nearly 10 million today.  Their appeal is obvious.  Paired with a high deductible health plan, a Texas HSA allows consumers to save money tax-free for use toward medical expenses, giving consumers greater control over their health care spending and more flexibility to pursue the treatment options they prefer.  But recent legislation may be the death knell for these consumer-friendly health insurance plans.  According to The Heritage Foundation:

On January 1, 2011, insurers will be required to maintain an 80 percent medical loss ratio (MLR) in the individual market.  This means that 80 percent of revenue from premiums must be spent on medical claims, not on administrative costs or profits.  The National Association of Insurance Commissioners recently held a teleconference on the MLR’s impact, as several insurers begin to consider exiting the individual market in certain states where meeting the new MLR requirement would be not be viable…According to Dowling and Partners, an insurance research firm, major players such as Aetna, Assurant, Mega Life, and United Health are likely to bail out of the individual market in at least some states.  As a result, 1 to 2 million Americans could lose their current coverage.

So much for promises.  ObamaCare will so severely restrict health carriers’ operations that many won’t be able to offer individual plans, like HSAs.  In fact, some carriers may fold entirely.  The Heritage Foundation notes that nHealth, a Richmond, Virginia insurance provider specializing in high deductible plans and HSAs, “recently announced it will close its doors due to the combination of stringent new regulations and future uncertainty—both the product of the new health care law…and many other insurers are expected to follow suit due to new regulations created by Obamacare, especially its federally-imposed medical loss ratio.”

So contrary to presidential promises, you can’t always keep the health insurance you like, especially when your favorite provider ceases to exist.