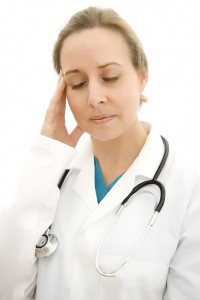 Health care reform is shouldering a lot of blame these days, from increasing our Texas health insurance costs to imposing such strict measures that insurers are forced to drop coverage for millions of Americans.  But last week, a new study by the Association of American Medical Colleges’ Center for Workforce Studies shows that health care legislation will exacerbate the current doctor shortage.  Estimates show that shortages would be 50 percent worse in 2015 than originally forecast as millions of new patients seek care.  From the study –

While previous projections showed a baseline shortage of 39,600 doctors in 2015, current estimates bring that number closer to 63,000, with a worsening of shortages through 2025…The United States already was struggling with a critical physician shortage and the problem will only be exacerbated as 32 million Americans acquire health care coverage, and an additional 36 million people enter Medicare.

Adding millions of uninsured Americans to the health insurance rolls sounds great, but our system isn’t ready to handle the augmented load.  The Association of American Medical Colleges calls for the administration to increase funding to train new doctors, as we face a shortage that includes a lack of specialists in fields like oncology, cardiology and emergency care.

The market dictates that when supply doesn’t meet demand, costs rise and the goods—in this case, doctors—are more difficult to obtain for consumers.  While insuring more Americans is certainly a good thing, the dearth of doctors is another example of the administration’s myopic desire to push through reforms without considering the consequences.