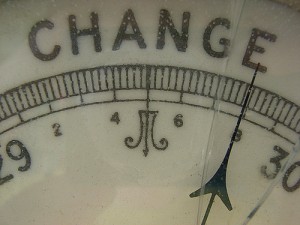 The midterm elections are over. The ballots have been counted, and the results are in.  The Republicans won a sweeping victory in the House, one that political analysts are calling a referendum against the current administration.  So now that new blood’s being infused into our government, what’s next for ObamaCare, and how will it affect health insurance in Texas and across the country?

While job creation and the economy are still a huge focus, Republican leaders are determined to repeal ObamaCare, and to start fresh with a new plan that lowers costs and raises quality. According to The Hill, Rep John Boehner said: “The American people spoke, and I think it’s pretty clear the Obama/Pelosi agenda is being rejected by the American people.”  Indiana Congressman Mike Pence said that “House Republicans will not rest until we repeal ObamaCare…”

Polls suggest that Republicans’ repudiation of the health care reform bill passed in March is in line with the feelings of the American public. Rasmussen Reports conducted exit polls, finding that 59 percent of those who voted on Election Day favor repealing ObamaCare.  While doing so won’t be easy, efforts have intensified, with lawsuits filed across the country challenging the constitutionality of the bill.  Jay Sekulow of the American Center for Law and Justice notes:

Our complaint specifically addresses the constitutional issues of concern:  ‘Mandating that individuals purchase health insurance is an unprecedented and unconstitutional expansion of congressional power, as Congress has never before required individuals to involuntarily buy a good or service under the guise of its Commerce Clause authority.’

This complaint—which hints at the frightening precedent such a measure would set, seemingly giving the government limitless power to dictate what individuals must purchase—and others are gaining momentum.  And whether it’s through legal posturing or legislation, ObamaCare seems to be in jeopardy.  Americans across the nation want change, and with a shift of power throughout Congress, it looks like change may be coming.