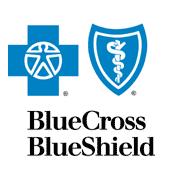 Open enrollment for 2011 is in full swing, and the largest provider of Texas health insurance in the state is still in contract negotiations with Texas Health Resources, the operator of Harris Methodist, Arlington Memorial and Presbyterian hospitals.

Blue Cross Blue Shield insures more than 25 percent of insured Texans, and if the company doesn’t reach an agreement with Texas Health Resources for 2011, then in six weeks 24 hospitals and 18 outpatient facilities will be considered out-of-network for consumers covered by Blue Cross Blue Shield of Texas.

The Fort Worth Star-Telegram reports that the holdup in negotiations is largely due to reimbursements that BCBS would owe Texas Health Resources’ facilities. According to Wendell Watson, a spokesperson for Texas Health Resources, the company is seeking a modest, single digit increase that is below the rate of medical inflation.”

Blue Cross Blue Shield spokeswoman Margaret Jarvis maintains that BCBS has made “every reasonable attempt to reach an agreement that will provide a balance of affordable healthcare options on behalf of our clients.” She notes that the company will continue to speak with Texas Health Resources in hopes of coming to an agreement, and said that their “biggest challenge is managing the rising cost of medical services today…which translates directly into higher health insurance costs.”

Consumers should note that as of now, nothing has changed. But come January 1, 2011, if an agreement isn’t reached, BCBS customers will see their in-network health care options become noticeably limited.