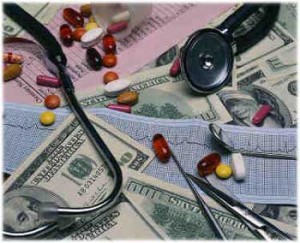 Proponents of health care reform have promised that it will provide affordable health insurance in Texas and across the country. There’s no doubt that the new legislation will help certain individuals, but what often goes unsaid is that health care reform will also hurt a large percentage of the people that it’s intended to protect. According to John Goodman of the National Center for Policy Analysis, much of this is owed to the “top down” practice of implementing health care reform.

“Top down” means that reform starts with a goal or an idea, and the individuals in charge attempt to impose this idea onto all the people below. Top down thinking doesn’t consider what the masses want. It ignores the fact that people will act in their own self interest, rather than in the interests of the government’s collectivist vision.

John Goodman writes: “Almost everybody in health policy thinks you can have a plan designed by people at the top that will work, even though every doctor, every nurse, every hospital administrator and 310 million patients all have an economic self-interest in defeating the plan.

Below, Goodman notes some examples that he believes will play out, as people act in the interest of their own health and finances.

Goodman goes on to note that Congress passed a law that encourages middle and upper income families to have more insurance than they want or need. Assuming this segment of society utilizes the insurance they were forced to buy, they’ll in effect make access to health care more difficult for the poorest and most vulnerable segments of society. So whether consumers are looking to purchase health insurance in Texas or anywhere else, the top down methods used to expand our access to health care will actually hinder adoption by the people who need it most.