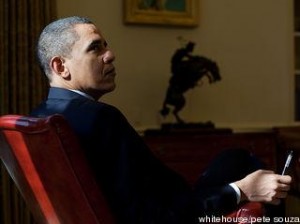 Yesterday, U.S. District Judge Roger Vinson of Pensacola, Florida ruled that last year’s health care reform law overstepped its bounds and is in fact unconstitutional. His ruling was based on the law’s requirement that all Americans over 18 purchase health insurance, which he says exceeds the power of Congress to regulate commerce under the Constitution. Since this mandate is central to the health care overhaul legislation, the judge said that the entire law must be voided.

This is a huge salvo against the Obama administration’s law, and while it is the biggest, it’s not the first. Last year a judge in Virginia ruled that the mandatory coverage part of the law – but not the entire law – was unconstitutional. That ruling is up for appeal in May.

Florida’s lawsuit began on March 23, the same day that Obama signed the health care bill into law. Since that time, 25 states have joined Florida’s suit.

Particularly interesting was Judge Vinson’s use of President Obama’s own words in the ruling. In 2008, Obama argued that there are other ways to achieve health care reform without implementing mandatory coverage. Judge Vinson wrote: “I note that in 2008, then-Senator Obama supported a health care reform proposal that did not include an individual mandate because he was at that time strongly opposed to the idea, stating that, ‘If a mandate was the solution, we can try that to solve homelessness by mandating everybody to buy a house.’”

This part of the ruling helped solidify Vinson’s finding that the principal dispute in the case is not whether Congress should be allowed to reform the health care system, but whether Congress has the power to force citizens to purchase health coverage.

The Obama administration is expected to appeal the ruling, and while appeals are pending, the U.S. can continue to enforce the health law in districts where it has not been invalidated. The appeal will likely go to the U.S. Court of Appeals in Atlanta, and it may eventually appear before the Supreme Court.

For now, the ruling gives more firepower to opponents of the bill, who have claimed since day one that ObamaCare grossly oversteps the bounds of the government’s authority over its people.