469-361-4032
You are here: Home / Health Insurance News / Running The Numbers On The Growing Cost of Obamacare 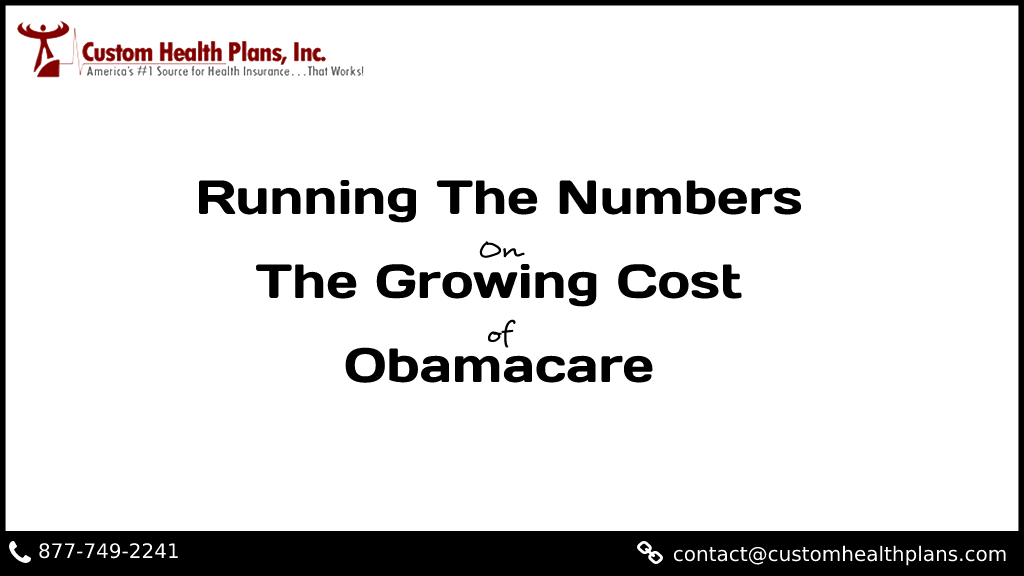 ObamaCare was passed with promises of affordable health insurance for all. Obviously, that hasn’t been the case. The president and his administration claimed that reforms would help control costs, in some cases up to $2,500 per year for the typical family. But despite those promises, the Congressional Budget Office calculates that premiums will actually rise by $2,100.

According to Forbes.com, researchers estimate that health care spending will grow an average of 5.8 percent per year through 2020, and that total health care costs will hit $4.6 trillion by the end of the decade. That’s about $14,000 in annual spending for every person in the U.S.

In 2014, when the law’s major coverage provisions kick in, total healthcare costs will jump 8.3 percent — a rate well above the 5.5 percent expected for 2013. The outlook for the individual health insurance market is even more dire, as spending on private plans is expected to swell 9.4 percent that year, more than four percentage points higher than it would have without ObamaCare. So rather than keeping costs down, ObamaCare is raising costs. And beyond that, it’s even speeding up the rate in which costs are being raised.

From there, ObamaCare will significantly increase Medicaid spending, hospital, physician and clinical spending and even prescription drug spending. All these cost increases trickle down, filtering through the health insurance companies and landing in the laps of employers (many of whom are expected to drop their health plans) and cost-weary consumers.

As the Forbes article states, “The White House has repeatedly said that its brand of health reform will bend the healthcare cost curve down. Medicare’s actuaries have taken a sober look at the numbers — and arrived at the opposite conclusion.” Hopefully the abundance of evidence, in addition to the public outcry, will force the administration to take a cold, hard look at the facts. And unlike lobbying politicians, facts don’t lie.