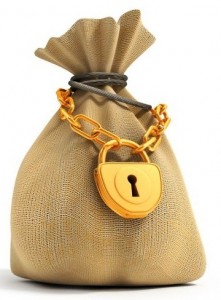 Health savings accounts (HSAs) have surged in popularity in recent years and are the fastest growing health insurance option in the private market. It’s easy to see why, as health savings accounts put cost controls into the hands of consumers and offer many tax advantages. So why are they not an option for state workers?

According to Texas Watchdog, it’s because House Bill 1766, which would for the first time have offered health savings accounts as an option for state employees, was killed before making it out of committee in this past legislative session. At the helm of opposition was Andy Homer, director of government relations for the Texas Public Employees Association. He testified that health savings accounts have no benefit for his group and that not a single one of his members had asked for one.

Homer says that “HSAs only appeal to young, healthy employees and people who make a good deal more than the average state employee,” and that because of the high deductible, people with HSAs tend to ignore preventative care. His statements are in direct opposition to many prevailing thoughts on the role of HSAs in health care.

“Everywhere we’ve seen health saving accounts take off we’ve seen the cost curve bend down considerably,” said Texas state representative and doctor, John Zerwas. “My big concern in all of this, the primary thing that needs to happen in health care is for consumers to have some skin in the game, to go out and be rational buyers of health care.”

Zerwas’ sentiments make sense. Because of natural market forces and competition, a cost-conscious consumer creates cost-conscious doctors, hospitals and pharmaceutical companies. This in turn can lower overall health care expenses across the board.

“I think it is the single most cost-effective health care plan on the market,” said Joanna Antongiovanni, president of the Texas Association of Health Underwriters. “High-deductible insurance plans combined with an HSA should be at the center of our nation’s efforts to expand health insurance coverage. Participants have an incentive to avoid paying for unnecessary services because they keep the money they don’t spend.”

Perhaps the lack of interest by Texas state employees and their representatives is due to poor communications of the benefits of an HSA. Some people are turned off by the corresponding high deductible, but between tax savings, consumer control and the ability to rollover unused funds to the following year, a health savings account is actually a terrific way to save money.

It’s worked in Indiana. When first introduced in 2006, only four percent of the state workforce enrolled in a health savings account. That number has since swelled to 85 percent, and cost savings estimates show that the HSA program may have saved taxpayers as much as $23 million last year alone. Now imagine those cost savings applied to Texas, which boasts a state workforce eight times the size of Indiana’s.

The fact is, there are many options for securing affordable health insurance, but a health savings account is the only one that puts cost controls into the hands of consumers. And when that happens, everyone wins — consumers, taxpayers and the state. HSAs have proved popular on the individual health insurance market. Hopefully Texas will soon implement an options for state workers as well.