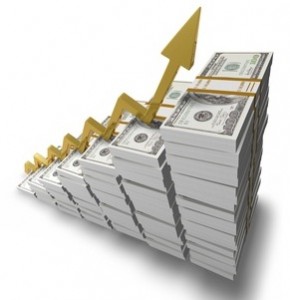 For months prior to the passing of health care reform, and almost every day since, we’ve heard claims from the Obama administration that the legislation would lower costs and provide affordable health insurance for all. But with each claim, more and more evidence has surfaced showing that the opposite is true. First it was just projections and theory, but 18 months after the bill was passed, actual numbers are rolling in that deal a serious strike to Obama’s claims.

According to The Financial Times, a survey of American employers shows that health insurance costs have significantly increased this year over last year. One figure from the Kaiser Family Foundation shows that family health insurance premiums in 2011 jumped nine percent from a year ago. “This year’s 9 percent increase in premiums is especially painful for workers and employers struggling through a weak recovery,” said Drew Altman, Kaiser’s chief executive.

One reason for the increase in family premiums could be the new law allowing children to remain on their parents’ plans until age 26, which can create additional costs. But more than that, cost-cutting measures included in the law were exaggerated, their benefits were inflated and their implementation has been slow.

Critics note that the health reforms are too myopic and should focus on all the factors that increase health insurance costs. Karen Ignagni, chief executive of America’s Health Insurance Plans, lists premium-raising reasons like “soaring prices for medical services, changes in the covered population that has resulted in an older and sicker risk pool, and new benefit and coverage mandates that add to the cost of insurance.”

The Obama administration offered a rebuttal of the study, arguing that premiums were set last year when insurers anticipated higher medical costs and that premium prices would decline as more provisions in the law were rolled out. But people are hurting now, and the health law isn’t helping. In a time when money and jobs are scarce, lowered health care costs would be a boon to many Americans. And as the numbers show, ObamaCare has not followed through on its claims.