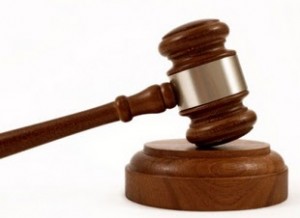 Yesterday the nation’s highest court announced that it would hear challenges to the health care legislation that’s disrupted health insurance in Texas and across the country. After nearly two years of protests and complaints, this marks the most important episode in the legal battle against ObamaCare.

The primary issue to be disputed is whether the government has the power to require Americans to purchase health insurance by 2014 and to penalize those who don’t comply. Many pundits have noted that such an act is unconstitutional and steps outside the limits of regulating interstate commerce. But proponents of the legislation say that mandatory health insurance is the only way to implement coverage for the 30 million uncovered Americans.

According to USA Today, a group of 26 states, along with the National Federation of Independent Business and individual challengers, say that “if the law stands, it will mean new burdens for states and businesses.” They urged the justices to resolve the dispute quickly because of uncertainty about future business costs.

On the other side of the argument, the current administration stressed the law’s benefits, “including that more young Americans now have health insurance and that women can get mammograms and preventive services without out-of-pocket expenses.”

Earlier this year, a federal judge in Florida ruled the law unconstitutional, and four subsequent appeals have varied on their decisions. Two declared it constitutional and one found it unconstitutional, while another said that no challenge could be brought until a person was forced to pay the tax penalty.

Next year’s Supreme Court decision, which would supplant prior court findings, is likely to be handed down in late June, right before the 2012 Republican and Democratic conventions. Expect lots of posturing on both sides leading up to the hearings. In the meantime, don’t wait around to see what happens. Consumers will need affordable health insurance regardless of the decision. But if you do take the wait-and-see approach, we at least recommend a short-term health insurance plan or a high deductible plan with a low monthly premium so you’re covered should anything happen.