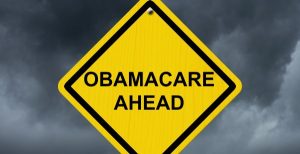 In an attempt to strengthen the risk pools of current Obamacare enrollees, federal officials proposed legislation that would drastically reduce the maximum duration of short term health insurance, as seen on CNBC.

The proposed legislation would set a limit of no more than 3 months for any short term health plan, and would bar re-enrollment, preventing a short term plan from being used all year round.

The reasoning for the change is to push healthy individuals towards ACA-compliant plans, in the hopes that the risk pools would then be able to absorb more enrollments without further inflating monthly costs.

An overlooked and likely unintended side effect of the changes will be that many individuals and families who chose a short term plan will most likely forego coverage altogether: A major driving factor for choosing a short term plan since 2014 was cost, as a temporary plan often is half the price or less of an Obamacare exchange plan, even after a tax penalty for non-compliance.

Bruce Telkamp of Agile Health is quoted as saying “It is in the public interest to have a vibrant short-term market rather than have consumers face the substantial financial risks associated with being uninsured.”

In particular with costs rising on the exchange, having options is more important than ever, and right now, the best options – especially for Nationwide PPO Networks – are short term health insurance plans.

Get Em While They’re Hot!

With all the recent changes to health insurance, the last thing anyone needs is another fork in the road – it can be confusing enough as it is! A Texas health insurance broker can light the way for you – and guide you to the remaining PPO choices out there. Click here to explore your options or call a licensed health insurance expert at 469.361.4032 to discuss today!